By Brad Hintz and Roy C. Smith
(An edited version appeared in eFinancial News on March 23, 2015)

Seven years after the crisis, global capital market banks have largely achieved compliance with tough new capital standards. However, the economic damage to their businesses in doing so has divided the industry into survivors, those institutions committed to strategies which are likely to succeed in a permanently changed world, and laggards, those firms that have lost their way, captive to an uncertain environment and unable to embrace the surgery needed to improve performance.
The banks have been forced to double the amount of capital held in reserves, cut leverage by half and adapt to a regime of stress tests, living wills, “systemic risk profiles,” new “capital cushions” and liquidity reserves. All of these measures have pleased the banks’ bondholders, who are happy to see Jamie Dimon’s “fortress balance sheet” become an industry standard.
However, the cost of this achievement has been a form of death by a thousand cuts for equity holders and a division of the industry into survivors and those banks whose strategies are floundering . The survivors will eventually be able to use their market share, changing business mix and pricing power to deliver satisfactory returns, but the laggards, with ROEs well below their capital costs since the crisis, need to soon rethink their futures.
Struggling Against the Tide
In 2014, continuing a pattern of the past six years, only two of the top originators of capital market transactions earned more than their cost of equity capital. The average return on equity was an alarming 570 basis points below their cost of equity. Seven of the largest banks had stock prices trading below book value. 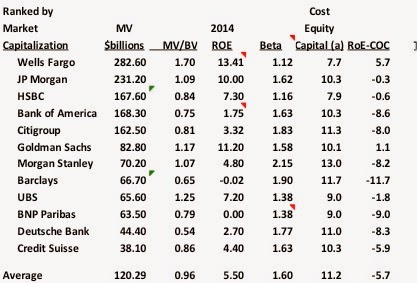 Exhibit 1 – Financial Performance of the Largest Capital Markets Banks
These results have occurred despite efforts by the pre-crisis leaders to cut costs and re-engineer operations. As a group, the banks have cut back average compensation, delayed promotion cycles, and reduced the percentage of highly paid managing directors on their trading floors. The composition of balance sheets has changed; matched repo books have declined, and credit inventories have fallen, while government security holdings have increased. New technology has been rolled out to provide traders with new risk management and trade pricing tools. Support functions have been outsourced and businesses automated. Teams of consultants have been employed to optimize inventories and control capital.
Even so, as the banks have attempted to improve, the rules guiding their businesses have continued to change. The US Volcker Rule has reduced earnings from market making. The OTC derivatives businesses have begun shifting to central clearing platforms, generating lower operating margins. The banks’ once-profitable commodities businesses are being discontinued due to regulatory guidance, and de-globalization has placed pressure on overseas operations.
Essentially, the banks have faced ever-moving regulatory goal posts on both sides of the Atlantic. Capital targets have been set, additional capital cushions added and then added to again. Tight leverage limits have been imposed. In December, the US Federal Reserve proposed new rules that would require the largest US banks to add a further capital cushion of 1.0% to 4.5% of risk-weighted assets beginning in 2016. The Basel Committee has proposed limiting “internal risk transfers” and Swiss authorities will further increase banks’ capital reserves to boost their “resilience.”
Regulators appear to be attempting to move the largest banks into a narrowly defined, safe harbor of common strategies with similar asset mixes and risk management techniques in order to restructure the industry as public utilities.  Janet Yellen recently noted that capital charges are leading the largest banks to consider spinning off some operations. She added, “…that’s exactly what we want to see happen.”
It is not surprising that increasingly skeptical investors are at last questioning the universal bank model.
Stale Strategic Responses
In light the above pressures, the capital market banks have outlined their strategic visions in an attempt to regain investor confidence. With few exceptions, the banks have not announced radical revamps. Rather, their plans have been (a) simple rebalancing of their business units to limit the performance drag of capital intensive trading or commercial lending businesses while (b) expanding the contribution of business segments viewed favorably by regulators (traditional retail banking, asset management and wealth management). But these plans have disappointed investors. Indeed, to investors much of the industry seems trapped in an autopilot mode, rolling out stale plans that represent only a pruning around the edges of a legacy business model and unwilling to abandon their hard won global footprints and capital markets franchises.
The Survivors
For the two capital markets leaders, Goldman Sachs and JP Morgan Chase, having cut expenses and improved capital allocations, a simple steady course strategy may work well enough. Their commanding positions in high margin business lines such as ECM and M&A and their global positioning and distribution strength should allow them to increase targeted markets during this time of industry transition. Essentially, these two firms are pursuing a “last man standing” strategy, positioning themselves to win a battle of attrition with weaker competitors. Given an average ROE performance of 10.6%, very near their cost of equity, these firms have the capacity and the time to pursue this strategy.
UBS and Morgan Stanley are two potential survivors that have refused to remain captive to the current environment; they have announced intentions to reduce their reliance on the troubled trading businesses and materially shift their business mix. At UBS, this shift will happen by minimizing capital markets activities and emphasizing high net worth clients. At Morgan Stanley, the acquisition of Smith Barney from Citigroup caused its wealth management business to become half of total revenues. In 2014, these two generated an average ROE above 6% (still 500 basis points below their cost of equity), but the market has rewarded their strategy shifts by valuing them above book value.